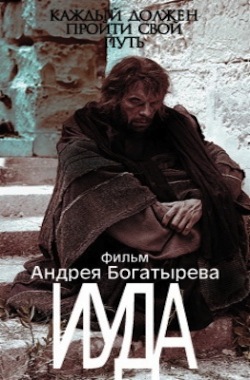 Judas, a seasoned thief, finds himself in the market square where Christ is giving a sermon and his apostles are collecting alms. He follows them and steals their money, only to be caught red-handed. Nevertheless, the Teacher forgives him. He invites the thief to become one of His followers and offers him a position as the group’s treasurer. Judas gradually starts to comprehend Christ’s message, but feels that the apostles are blindly following their teacher. Judas argues with them, but when he fails to make them understand, he realizes that Christ’s teachings may sink into oblivion without benefiting humanity. His solution is to betray Christ. “By killing a man, have I not saved a God?”

Nominated to the Golden St. George Award, at the Moscow International Film Festival 2013

Nominated to an Award, at Nika Awards 2014 : Best Costume Designer

Nominated to a White Elephant, at the Russian Guild of Film Critics 2014 : Best Actor (Aleksey Shevchenkov)