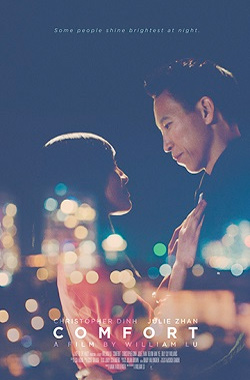 Lonely, mild-mannered Cameron (Christopher Dinh) is content racing around the dark streets of Los Angeles as a late-night courier for his slick boss, Eddie (Billy Sly Williams). Then one fateful night, an important client, Martin (Kelvin Han Yee), asks Cameron to pick up something very special at the airport – his daughter Jasmine (Julie Zhan), who is flying in from overseas. Cameron accepts the job, but isn’t prepared for the sparks that fly between him and the fiery beauty.

While Martin’s thriving hot sauce business keeps him occupied at the office, Cameron and Jasmine find comfort in each other’s company as they wander about the city enjoying some of Cameron’s favorite dining spots. He shares his love of cooking with her and his dream of someday leaving Eddie to start his own food truck. However, he soon discovers that Jasmine is harboring a secret that may destroy her father’s trust. Unfortunately, Cameron also holds a secret of his own that threatens to derail his budding romance with her before it ever fully blossoms.