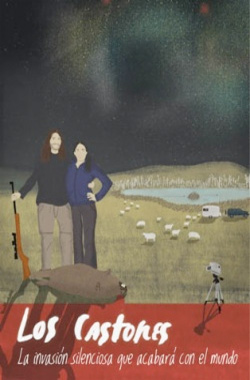 Derek and Giorgia, a young couple of biologists, set up in Tierra del Fuego to develop their thesis. Loaded with traps and a video camera, they investigate how to stop a plague of beavers that devastates the area. By observing isolated scientists exposed to cold and hunger like their prey, "The Beavers" explores the link between nature and man.