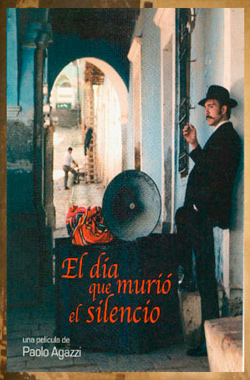 The film takes place in a postponed town, Villaserena. One day Abelardo arrives (Darío Grandinetti) and installs a precarious radio powered by a generator. The four strategically placed speakers begin to proclaim what the people once shut up, turning Villaserena into a hell, until its inhabitants decide to put an end to the source of all their problems. Celina (former wife of the richest man in the place) and Gastón (first actor of the company of traveling actors) flee from the town leaving Celeste (daughter of Celina) who is a beautiful young girl enclosed in four walls by her father. A love triangle is formed between Celeste, Abelardo and José (young peasant). The story is narrated by Oscar, another singular Villaserena character who mixes his fantasy with reality.