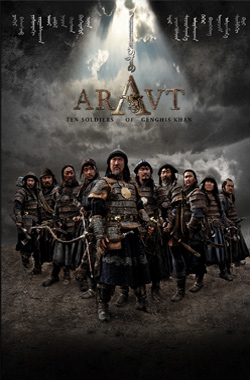 Genghis Khan structured his army into decimal system of 10, 100, 1,000 and 10,000's and each unit's appointed leader reports to the larger unit leader and the report gets to the nine most trusted generals of Genghis Khan. It is an untold story of one of those units, ten soldiers of Genghis Khan. Tsahir a leader of ten, gets a direct order Genghis Khan to bring an old master healer to the safety from a secluded location. On the journey, they find an abandoned baby and rescue him. Later Tsahir and his soldiers find themselves face to face with the enemy soldiers who where tracking the lost baby. Tsahir and his ten soldiers will have to make a decision to save themselves, save the master healer or save the enemy child.