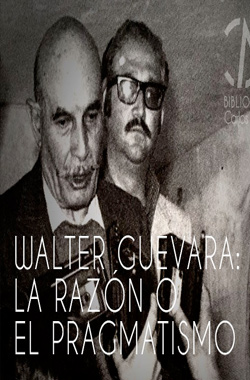 Walter Guevara: La Razón or Pragmatismo, one of the leaders of the 1952 revolution, Wálter Guevara was the intellectual and the most moderate of all Author of the so-called Ayopaya thesis, ideological pillar of the Revolution. After his break with the MNR and his contribution to the 1964 coup, he had to star in a brief presidency in 1979 with a heroic performance facing the bloody Todos Santos coup.