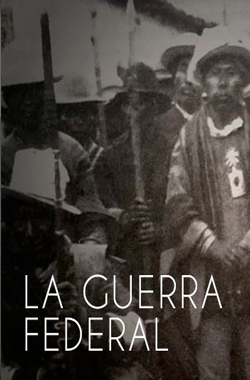 THE FEDERAL WAR, the civil war faced Sucre and La Paz in 1898 - 1899. It was the confrontation in which the destiny of the 20th century was played. Political power with the illusion of federalism, economic and ethnic, with the leading role of three figures in history: José Manuel Pando, Severo Fernández Alonzo and Pablo Zarate Willka.