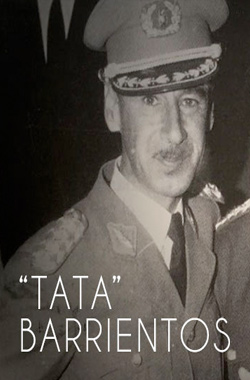 "TATA" Barrientos, the most charismatic military leader of the 20th century. He accompanied Paz Estenssoro on his return to Bolivia in 1952. He organized the 1964 coup that ended in the National Revolution. He promulgated the 1967 constitution and defeated Che's guerrillas. He died in 1969 in a helicopter accident.