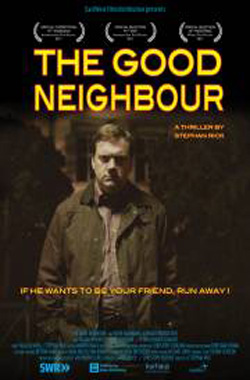 Starting a new life as a journalist in a city far from home, David appreciates to be warmly welcomed by the neighbor living next door, Robert, a man who proves to be pleasant, yet quite intrusive. The relationship between the two neighbors takes an irreversible turn the night David accidentally kills a young woman. Robert, willing to protect his new friend, pushes him to leave the body and helps hiding the evidence. Nothing shall take away his precious neighbor from him. Not the feeling of guilt. Not the police. And certainly not a woman.

Winner of the Award of the City of Lünen in 2011: Stefan Schulzki (composer)