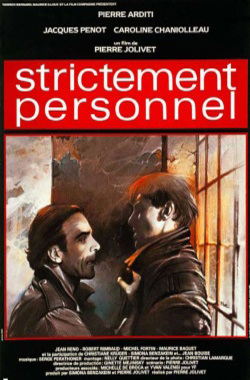 Jean Cottards, 38, a village police with frustrated literary hopes, is the opposite of an adventurer, sexy and tan police. A letter from his father and a call from an editor will take him back to the capital and will immerse him in the familiar universe that he left very young.

Nominated for Best Film, at Mystfest 1985