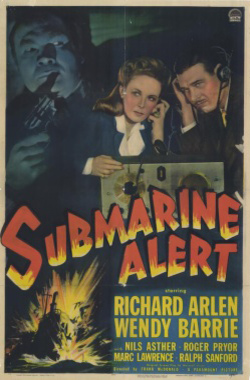 Nazi spies use a stolen shortwave transmitter prototype to broadcast top secret shipping info to an offshore Japanese sub. To nab the spy ring, the Government has the West Coast's top radio engineers fired and shadowed to see if the Nazis recruit them to complete work on the prototype radio. Radio engineer Lew Deerhold, a resident alien without a job to pay for his adorable little ward Gina's life-saving operation, falls prey to the spy ring, and is swept up in a maelstrom of deceit and danger.