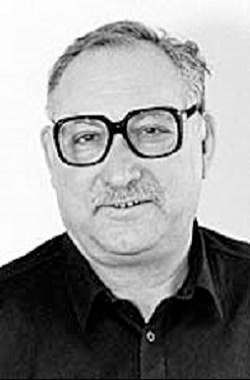 Friedrich Gorenshtein: he knew all about Russia

The documentary is not only a portrait of the writer who was ignored by his contemporaries, but also the collective portrait of his great contemporaries – film directors Andrei Tarkovsky and Andrei Konchalovsky, writers Andrey Bitov, Victor Erofeyev, Evgeny Popov and Boris Khazanov, literary critics, theatre directors.
In the second part we meet Friedrich Gorenshtein himself, a 1980 émigré who never returned to Russia. For over 20 years he lived and worked in Berlin, where he died in 2002.
The documentary inquires into the reasons for rejection of Gorenshtein and the lack of understanding of his prophetic novels “The Place” and “The Psalm” in Russia. The film shows the writer’s commitment to his talent and his mission: to describe “his motherland” with relentless vigilance of the “biblical realism”.
Most of the archive material used in the film is shown for the first time.