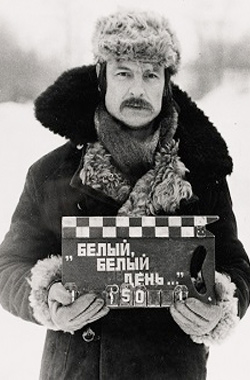 The intimate film about the last days of the director was filmed by his son. The voice of the author sounds off screen, we cannot see his face, but we look through his eyes at everything, that happens. Together with him we talk to Anna Semenovna, mother-in-law of Tarkovskiy; we talk to Larisa Pavlovna, his widow (she died not long after the end of shooting, in 1996), with French translator of “The Imprinted Time” (the monograph of Tarkovskiy about the cinematic art)... and the image of the living man appears before us: thoughtful, serious, sometimes unbearable, but sometimes – merry and cheerful person, who can rejoice at life, at nature and at beauty. And more – the image of Russian man, who builds house, splits logs, makes something from wood with his own hands … usual vivid personality. Vivid Tarkovskiy.