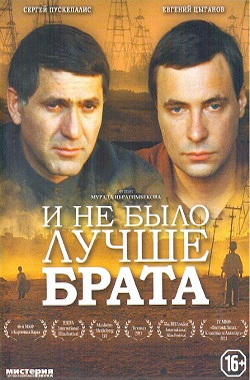 There was never a better brother

The story of two temperamentally different brothers takes place in the Azerbaijani capital of Baku in the 1970s. The elder brother Jalil is a married postal worker who keeps bees as a hobby. Like those creatures, he approaches life with measured care. Younger brother Simurg is by nature more adventurous and in contrast to his sibling is capable of going after his goals, not just dreaming about them. When both brothers fall in love for the same beautiful girl, their differences become apparent once again.

The locations in the film – the house, garden, streets, post office and bath-house, are exact replicas of Baku, Azerbaijan in the 1970's and during WW2.

Co-production between Russia, Azerbaijan and Bulgaria.

Winner of an Award at the Listapad Festival, Minsk, Belarus : Best director of photography

Nominated to an Award, at the Nika Awards 2007 : Best Film of the CIS and Baltics