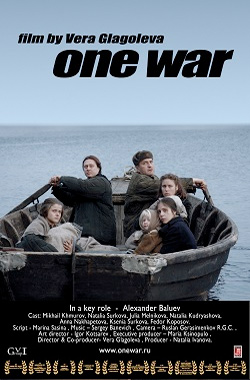 The movie opens unknown pages of history of the WWII.
May, 8, 1945. Maxim an Internal Affairs officer arrives in a small northern island. There are five young women, five small children, and a captain.
The mothers were exiled to the island from the territories occupied by fascists, and their children are the children of Germans.
The major has to “clean up” the island. The military authorities plan to set up a training camp for saboteurs, and the island will be erased from maps. In the morning a boat will come to take the mothers and the children away. But their fate is unknown.

Winner of 2 Awards, at the Honfleur Festival of Russian Cinema 2009 : Art and Essay Award; and, Audience Award

Winner of the Grand Prix, at the Sofia International Film Festival 2010