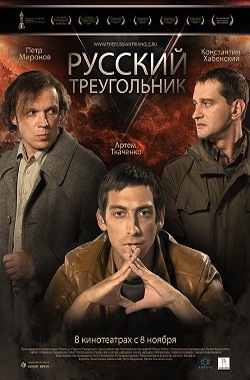 A big Russian city- not necessarily Moscow, but the kind that is bustling with all types of life including criminal so the police are not without business. A young agent by the name of Nikolay, whose ancestors on his mother’s side are Georgian, walks into the department which is busy with the investigation of a murder committed by a mysterious blind killer. His intuition leads him to a group of people whose destiny was broken by the Chechenian War. This peaceful town finds its sinister inside, and Nikolay’s noble impulses runs into the cruel and corrupt reality.
This is the war which demands newer and newer victims.

Winner of the Special Jury Prize, at the Moscow International Film Festival 2007

Winner of an Award, at the Nika Awards 2008 : Best Film of the CIS and Baltics

Nominated to the Grand Prize, at the Cottbus Film Festival of Young East European Cinema 2007

Nominated to the Golden St. George Award, at the Moscow International Film Festival 2007