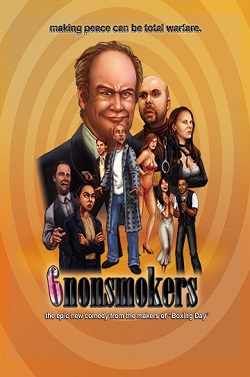 Dr. Henry Caldwell has brought warring nations to peace as the world's foremost conflict mediator. Alongside his brilliant associate, Dr. Regina Powell, Caldwell has resolved conflicts of all sizes with his patented Caldwell Method: any dispute can be resolved in 100 days. However, Caldwell's main rival, Dr. John-Michael Robertson, is eager to prove the Method wrong.

To win, Caldwell and Regina will need to sort out six people with nothing in common except for one thing: None of them smoke.

Winner of the Award of Merit, at the Accolade Competition 2012

Nominated to the Public Choice Award, at the World Soundtrack Awards 2012