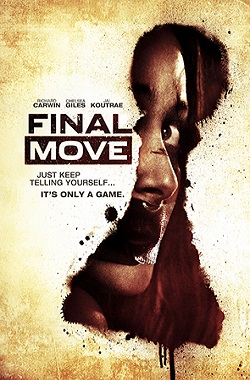 Detective Nick Mathers loses everything in the pursuit of a killer: his wife, his eldest daughter, his girlfriend. Worse follows when the case that cost his daughter's life resurfaces, the Chess Piece Killer wants to finish the game. Each piece has a name on it, if Nick loses a piece; the killer slaughters the person whose name is on the piece. When he takes Nick's younger daughter Lisa as a piece on the board, the game becomes much more personal. With a 15 minute time limit on each move, Nick races against time to work out the killers methods before the clock ticks down to the end of Lisa's life. While Nick and ex-girlfriend Ali struggle to find and stop the killer, Lisa fights the suspicion of her fellow captives that her father is as sick as the psycho who kidnapped them. As runs out, Nick works out the link between the placement of the victims when they are killed, and their placement on the board - the city is one great big chess board for the killer. But can he rescue Lisa in time?