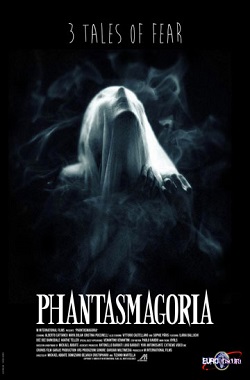 DIABOLIQUE
Nice, French Riviera. Four students make a documentary about paranormal phenomena in the mountains nearby. As they’re taking a break at the seaside, they notice an intriguing old mansion falling apart on the hills above Nice. Heading to shoot their final sequences, they come across the old mansion. As luck would have it... or maybe not.

MY GIFT TO YOU
An old man committed suicide in front of her little grandaughter in the day of her birthday. Fifteen years later she return in the old granpa's house for discover the reason of this extreme action, something terrible, something still hiding in the house.

IL SERPENTE DALLA LINGUA D’ACCIAIO
A man arrive by night in a lonely abandoned Motel: he lost his luggage in the airport and is lonely and desperate. The Innkeeper give to him a room even if they are not accepting guest by one year. They are just two in the place, but in the night the stranger hear woman's steps and voices... and his skin start to change...

Warning: This movie may contain nudity scenes and violence. Viewer discretion is advised.