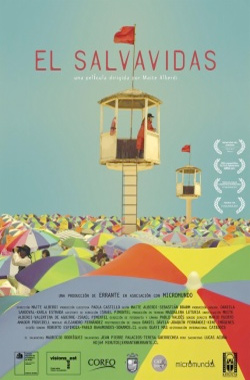 Mauricio is a lifesaver who avoids getting into the water because he believes that a good professional is the one who applies preventive measures. He tries to make everything work according to the rules. The problem is that those who come to the beach just want to forget that during the year someone sends them.

Antofadoc 2012, Special Mention of the Jury