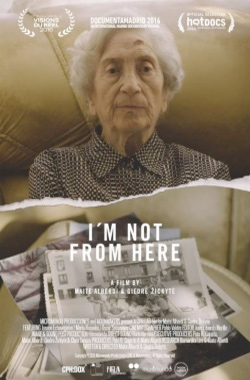 I'm not from here

Josebe (88) lives in a nursing home in Chile. She is obsessed with knowing where the rest of the inhabitants of the home come from, they all explain that they are Chilean, not Spaniards like her. Josebe insists on recalling his youth in the Basque country. After almost a year living in the residence, she has trouble remembering that she lives in a nursing home, and in Chile more than 70 years ago, she still feels very much alive in her native land.