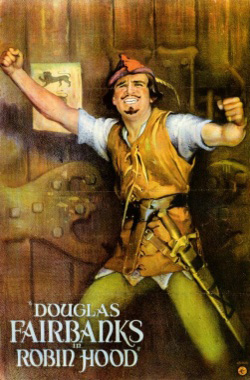 King Richard goes on the Crusades leaving his brother Prince John as regent, who promptly emerges as a cruel, grasping, treacherous tyrant. Apprised of England's peril by message from his lady-love Marian, the dashing Earl of Huntingdon endangers his life and honor by returning to oppose John, but finds himself and his friends outlawed, and Marian apparently dead. Enter Robin Hood, acrobatic champion of the oppressed, laboring to set things right, and hiding into the forest of Sherwood.

Winner of a Medal of Honor of the Photoplay Awards in 1922: Douglas Fairbanks