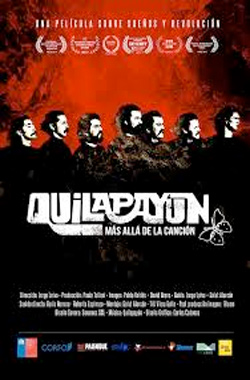 In the Chile of the '60s, the songs of Quilapayún were the soundtrack of the revolution. Fist up high thousands sang with them. But the world changed and they changed too. The fallen dreams, death and disappointment were not enough to abandon the song. There are 11 musicians living in Chile and France, today they believe that the revolution changed. But that is not over.