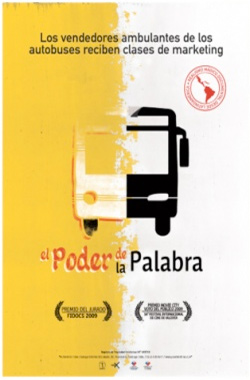 The power of speech

Hardy sells trinkets on the buses in Santiago. In 2005, a government project worries him: soon we will be a "world class" country, so we will not be able to continue tolerating his trade. Hardy gathers two thousand colleagues and together they fight not to be marginalized by modernity.