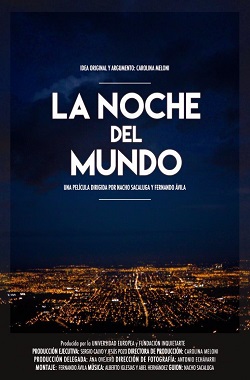 More than 40 years after the end of its last military dictatorship (1976-1983), a discovery has been made in the north of Argentina, in the province of Tucuman: the human remains of people who disappeared during those years are starting to emerge. La noche del mundo focuses on Pozo de Vargas, a clandestine common grave used for an unknown period of time, where more than 70 people were thrown, some of them even alive.