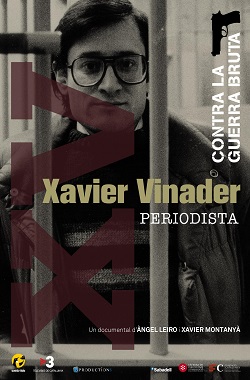 Xavier Vinader, a journalist against the dirty war

After General Franco’s death in 1975, francoists and anti-francoists agreed on the transition to democracy. The amnesty law allowed the release of political prisoners, but it didn’t mean the end of government officials’ career. Franco died, but his police, army, judges and secret services survived him into democracy. Xavier Vinader is probably one of the best examples of this kind of journalism in Spain. He investigated many subjects, always dedicated and truthful, trying to get to the very bottom of every issue. His priority when investigating was to discover and denounce the activities of the violent extreme-right groups, both in Spain and in the European networks. Due to his investigations, he was subject to attacks by extreme-right groups. In 1979, what would become known as ‘the Vinader case forced him into exile, placing the socialist government in a delicate situation; this created a precedent in the young Spanish democracy.

Co-production between Spain and France.