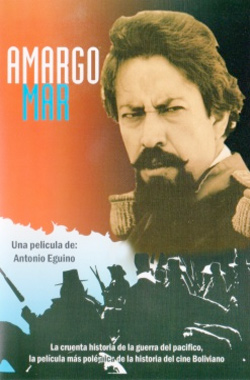 The film is about the Pacific War and the events of the clashes between Bolivia, Chile and Peru, documentary style, develops in the period of the history of Bolivia when it loses its coastline and its ports in the Pacific Ocean at the end of the century XIX The film is the fruit of five years of research involving renowned Bolivian historians such as Fernando Cajías, Roberto Flores and Edgar Oblitas.

The film is developed through two fictional characters, Mr. Manuel Dávalos and his girlfriend, a "rabona" ??known as "La Vidita", who interact with historical figures such as Hilarión Daza. The film presents discrepancies with the official version as in the scene about the occupation of Antofagasta, with a bombardment of the population and the disembarkation in the blood and fire of the crew, when in reality it approaches the port without any weapons or armed resistance to be inhabited entirely by Chileans. It also differs with the history of this country, for example, with the combat of Tambillo, where hundreds of Chilean soldiers appear against a small Bolivian platoon, while the opposite is shown in Chilean books.