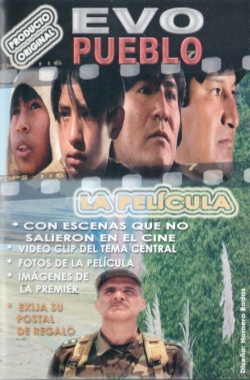 The film narrates several passages of the life of the current Bolivian president Evo Morales, who was a sheepherder and a student at the school in Orinoca, Oruro, where he made his first friendships. Very young, at age 17, Evo moved to the city. To survive, he had to work as a bricklayer, baker and trumpet player in the Imperial music band. Poverty and continuous droughts in the countryside forced the Morales Ayma family to migrate to the Cochabamba tropics. In the Chapare area, Evo will become the leading coca grower, to later become a deputy and win in the 2004 presidential elections, with more than 54% of the votes.