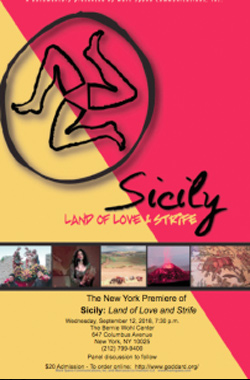 "Little has been produced about the cultural or historic relevance of Sicily,” said Spano, a Sicilian by heritage, who began working on his film five years ago.“ The most invaded place on earth, the three-sided island rivals Greece and Egypt as a primary source for Western ideas. Yet fewer places on the planet compare to Sicily for a story of spectacular beauty, epic human struggle, depth and diversity of culture, philosophic insights, and historic sites.