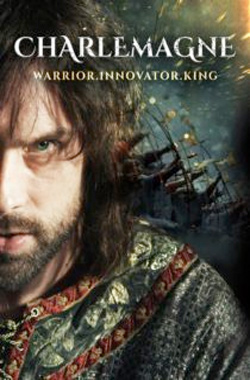 This elaborate hybrid feature film / documentary series production recounts the dramatic, violent, bawdy and powerful life of Emperor Charlemagne. Also known as Charles the Great, Charlemagne carved out an empire that laid out the map for modern Europe. The film details his life as a political strategist, a passionate lover, a man that conquered most of Europe and a cultural visionary.