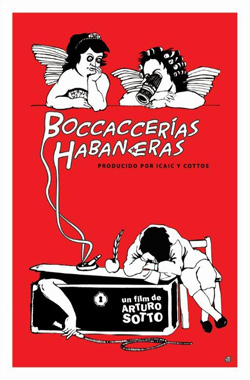 Three stories: The cousins, you will not believe it and the history of snuff, linked by a central thread: the room of a writer, where people come to tell stories. They go with the hope of earning some money and becoming novel characters. A version of Boccaccio's work in a city environment, a Havanan Decameron, a film full of sensuality, self-control, irreverence and hidden passions.