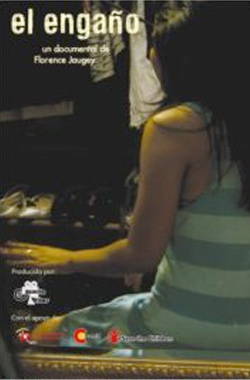 This documentary shows us through the testimonies of seven women survivors of human trafficking, one of the exploitation routes in the Central American region.

A lacerating audiovisual document that puts in perspective the human cost of human trafficking, beyond the headlines of the newspaper. "The Deception" is a pressing call of attention for the whole society.
Juan Carlos Ampié, Film Critic - Confidencial.com.ni

This documentary moves. It puts us before a drama before which we do not know how to act. There are so many links in this chain of deceptions ... I will never forget the hands of these women telling their stories of poverty, fantasies and disappointments. We have to do something. With this documentary, Florence, Frank and those who made it possible invite us to think and act.
María López Vigil, Journalist