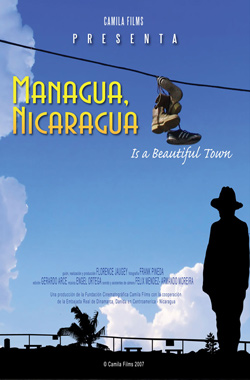 Managua, Nicaragua is a Beautiful Town

Managua Nicaragua is a Beautiful Town is the title of a famous song in the 40s, when Managua was the capital of a "banana republic" with much less than one million inhabitants. Today, Managua, is the chaotic capital of a “maquila republic” where almost two million people live.
This documentary takes the pulse of the city from dawn until night falls, following the steps of six managuas. What unites the protagonists of this story? The need to cross the city daily to meet, to survive. With them we enter the Managua of the neighborhoods, the markets, the streets without sidewalks, the crowded buses, the ruthless traffic. His daily bust is transformed before our eyes into an urban odyssey. These images are a recognition of the thousands of anonymous people who give life to the city, which are their heart.