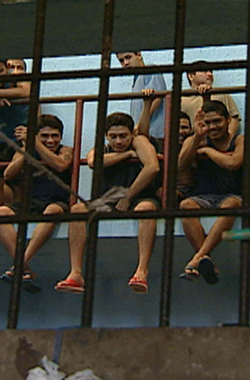 At twenty, they are condemned to spend thirty in prison. The Island of Lost Children is the story of ten young people deprived of liberty participating in a video workshop inside the largest prison in Nicaragua. It is a journey deep into captivity. It is also the portrait of those "bad boys" who went astray because there was no other to open for them.