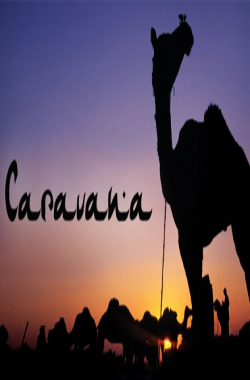 Rabdoulah and Pemba are two ten-year-old boys who live in two of the most inhospitable regions on the planet – the Tener desert and the Himalaya Mountains. And though their lives are separated by thousands of miles, they have something in common which, moreover, will represent a before and an after in their lives.

For the first time, they are going to accompany their families, who for generations have worked in the salt trade, on a long and dangerous journey. Caravan is the true story of these two journeys told through Rabdoulah and Pemba. The former will cross the Tener dessert in Niger, whith a caravan of forty camels, to the Bilma salt mines, and the latter, the Himalaya Mountains in Nepal, to the Dabrie salt pans.