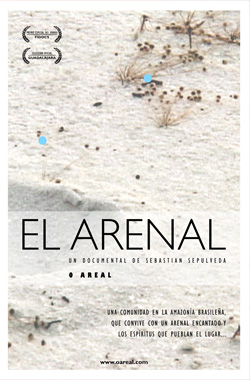 The Guajará community was formed more than 200 years ago by descendants of slaves who found their freedom there. Since then, the inhabitants of this place in the Brazilian Amazon have remained relatively oblivious to contact with the city and its progress, maintaining a way of life linked to their ancestors which is fed by a series of myths about spirits and personifications of evil . In the vicinity of the community there is a sandy beach, which is the place where the spirits live and live with the inhabitants of Guajará. But their way of life is threatened to cease to exist, when the construction of a bridge that will link the community with the city is announced, which will not only call into question the existence of the beach as such, but will also bring about a change in the vision they have about existence and its own nature.