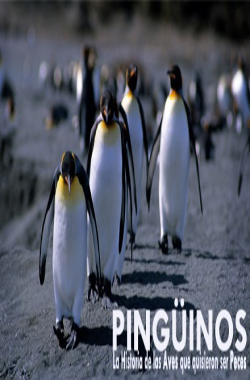 Penguins, the story of the birds that wanted to be fish

Ever since birds first appeared on earth, their remarkable diversification allowed them to conquer all the different habitats on the planet’s surface. Their wings gave them the ability to fly and to reach places no other kind of animal could reach. Only the sea deterred them. Until the arrival of penguins. Determined to conquer the oceans, penguins took millions of years to realize their objective. They managed to adapt in ways that had never been seen before amongst birds. They acquired the ability to live in water for months at a time, to dive to depths of as much as 300 meters, and to withstand the rigors of the coldest regions in the southern hemisphere. But on their long journey to do so, they paid a very high price. Diversification produced different species, all capable of tolerating seemingly impossible temperatures; penguins became masters of environmental adaptation, sufferers-in-silence and noisy members of large colonies. No other family of birds has as extraordinary a tale as do penguins the birds who wanted to be fish.