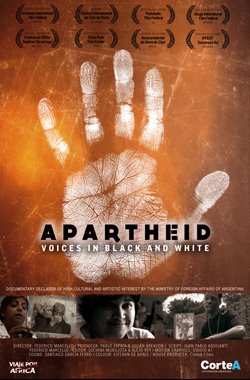 Apartheid, Voices in Black and White

With the 20th anniversary of the fall of the Apartheid regime, and the death of the greatest leader in that struggle, Nelson Mandela, a group of independent documentary film makers set out across South Africa in search of what is understood about Apartheid and its legacy. The journey captures personal experiences from the country widely known as the “rainbow nation” and a vivid story is revealed that reflects on both separation and reconciliation following the fall of one of the most extreme racialised and discriminating regimes of the 20th century.