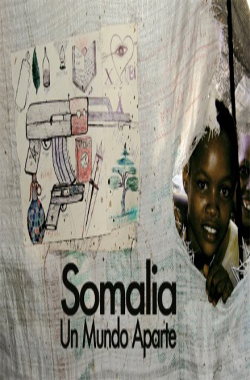 SOMALIA, A WORLD APART tells the story of this nation without a State through the crossed lives of some of its citizens. A war surgeon, a khat drug dealer or the patron of a pirate port, ordinary Somalis will explained how war and its violence has marked their lives forever.

Since July 2006, when the Islamic Courts snatched power in Mogadishu to the Lords of War, the conflict has not stopped changing and evolving every single month. The support of Ethiopia to the transition government and the invasion by the African Union Army in the country has created a new twist where islamists have much to say, as they keep on fighting and having the support of many Somalis who survive thanks to the arm-trafficking, or those who keep fond memories of the almost six months of stability they brought to until then, the chaotic capital of the country.

Unknown by the international community, the Islamic Courts show in this documentary who they are and what were their political plans for Somalia. Thanks to exclusive interviews with Islamists who traffic with arms and the first ever visit to a supposedly Al Qaeda training camp, we will show a world exclusive never told before.