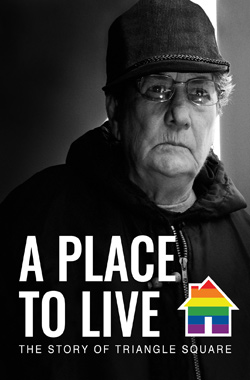 A Place to Live

They fought for equal rights. Now their future is uncertain. For seven gay and lesbian seniors, this may be their only hope. A Place to Live follows the journey of seven LGBTQ seniors as they attempt to secure an apartment in Triangle Square, the nation's first affordable housing facility for LGBTQ seniors in Los Angeles. Since demand far exceeds the number of available units, a lottery system was established to determine who would get in. The story is both a touching portrait of LGBTQ seniors living on the fringe of society and the triumph of the opening of a historic building.

Winner of the Award of Best Documentary, at the L.A. Outfest 2008

Winner of the Award of Best Documentary Feature, at the Long Beach QFilm Festival 2009