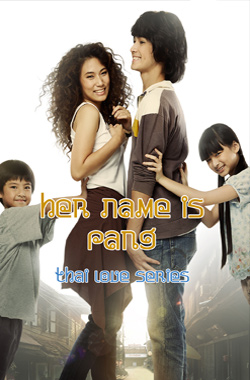 Her Name is Pang

Set in 1970s when disco music was popular, Her Name is Pang, is a romantic comedy set in Chiang Khan district of Loei. Talented 18-year-old actor Jirayu La-Ongmanee plays a movie lover from Chiang Khan named Took Kae. Took Kae has sweet boyhood memories of a girl named Pang. Took Kae later works with a movie crew in Bangkok on a film starring Pang, who has become an actress. Though Pang appears to be out of his league, Took Kae doesn’t give up on his dreams of being with her.