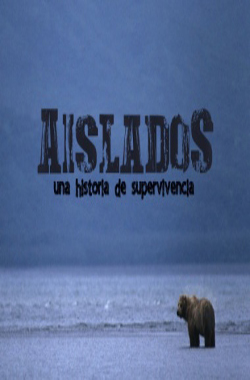 Isolated: a story of survival. Chapter 1: Separate from the world

Geographical islands have represented evolutive laboratories for species and a challenge for animals and plants that have had to adapt to the local conditions of these territories. Thus, these isolated places have compelled living beings to find ecological solutions that are different from those normally used on the five continents.

Likewise, in the interior of the continents, there are specific places with exclusive environmental conditions that are different from the areas that surround them. These inland ecological islands, many of which have been created by man in his devastating attempt to expand, have similar rules to those of geographical islands.

Isolated is the story about the different species that inhabit these islands the geographical islands and the continental islands and how they have to confront the local rules of survival, which, surprisingly, have a lot in common. A marine iguana on the Galapagos Islands, a group of lemurs in Madagascar, a tiger in Sariska National Park in India, a deer in the south of Jersey Island (U.K), two grizzly bears on Kodiak Island (Alaska), an orangutan in Borneo, and a crocodile in Papua New Guinea are some of the protagonists of this story about adapting to local paradises. Through them, we will learn about the problem of living in isolation, the challenges of surviving in the limited space of an island, the competition to find a niche to exploit, and the alliances established among the different animals so that they can reach their most important goal: the survival of the species.

In this chapter, we will present the concept of isolation and will discuss its different origins. This first episode will be an introduction to the rest of the series. It will give a general vision of the subjects that will later be developed in detail in the following episodes. Here we will discuss adaptation, geological cataclysms, massive extinctions, and ecological frailties.

This episode will also introduce the protagonists of the series.