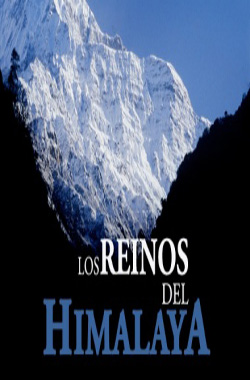 The kingdoms of the Himalayas

The Kingdoms of the Himalayas is a journey in search of the roots of Buddhism.
A trip through the most mountainous region on the planet, between Nepal, China, and India. It is the Kingdom of Inaccessible Nature, the source of rivers like the Ganges or the Indus, where people still observe the old customs and where it is still possible to find groups of nomads who drive their herds of yaks through fantastic scenery at the base of the ceiling of the world.
We will explore the site of a kingdom that has ceased to exist, Tibet. In Lhasa, we will discover the reality of a city which was the capital of Buddhism, the home of the Dalai Lama’s palace, and which today is a Chinese city in the midst of change.
We will discover the site of a new landless kingdom, a spiritual kingdom: Daramsala, the new seat of that old Tibetan kingdom, where thousands of pilgrims come to pray and to study the teachings of the Buddha.
And we will reveal the secret enclave of an unknown and fascinating kingdom, Ladakh, in India’s the northernmost valley. For some travelers, it is the mythical Shangri-La, where the ancient essence of shamanism persists and the oldest Buddhist monasteries in the world still stand.