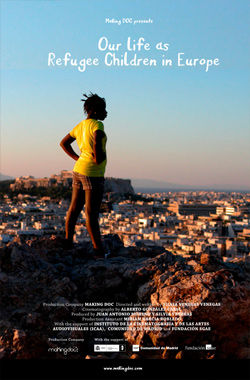 Our life as refugee children in Europe

More than a million children have sought refuge in Europe, many of them completely alone. A whole generation that has fled the war and now, instead of being children, have to face bureaucracy, distrust, waiting, frustration, incomprehension and fear. This documentary looks directly into their eyes and listens to their opinions, their feelings, their desires, their songs,...