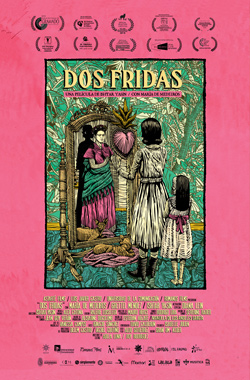 "Dos Fridas" is inspired by the relationship between the Mexican painter Frida Kahlo and her Costa Rican nurse Judith Ferreto: Judith cared for Frida during the last years of her life. In her memories, Frida was cared for by Judith at her Azul home in Mexico. As a mirror, Judith was cared for by a woman in Costa Rica. In Judith's inner world, dreams, myths, imagination and reality intertwine.