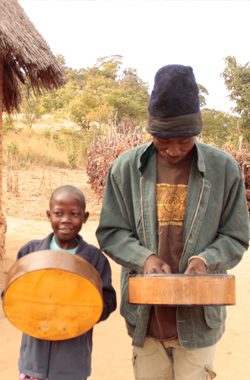 Zimbabwe, 2016. The southern African country is in the final year of Roberto Mugabe's rule - recently deposed as President, in late 2017. Finding itself under a scenario of isolation, poor infrastructure and economic ruin, the Shona people - the country's largest - turns to the greatest of their riches: tradition. Spread across the open horizons of the MBIRA, it breathes out from the melodies of this timeless musical instrument, through which forefathers call forth their descendants. Delving into the depths of these musical waters, this documentary reaches some of the mighty keepers of this priceless tradition.