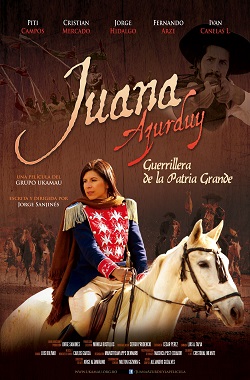 The Liberators Simón Bolivar and Antonio José de Sucre visit Mrs Juana Azurduy de Padilla in November 1825 in the city of Chuquisaca. Living in poverty, the heroine welcomes the distinguished visitors in the patio of her humble room. There, the Liberators are astonished to hear from her own lips the stories and ups and downs, and also her own experience, during the 16 years of fierce battle against the Spanish rule.