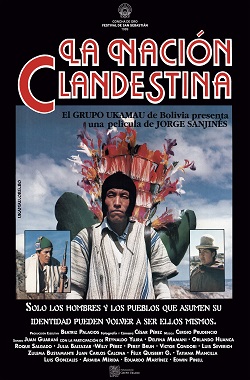 Sebastián Mamani, a coffin-maker living on the city outskirts, comes back to his native Aymara village -from which he had been driven out some time ago- carrying a big Death mask, with the aim of dying in a dance as a kind of expiation of his sins that were the cause of his exile, and as a way of being reborn in his lost cultural identity. During this trip, he recalls his past.