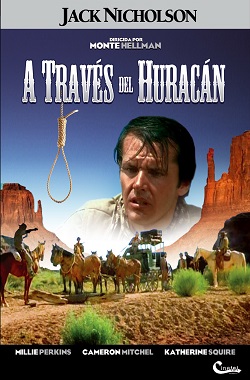 Ride in the Whirlwind

3 cowboys, Wes (Jack Nicholson), Vern (Cameron Mitchell) and Otis (Tom Filer) are hired to work on a cattle ranch. On the way to their destination, they fraternize with another group of cowboys, led by "blind" Dick, unaware that it is a gang of outlaws who have robbed a stagecoach and murdered its driver. The next morning, they are surrounded by the sheriff and a firing squad, who take it for granted that they are part of the gang. The malefactors are hanged and the innocent cowboys are hunted down and forced to act like real criminals. This western is based on a script by Nicholson and is produced by Monte Hellman and himself.