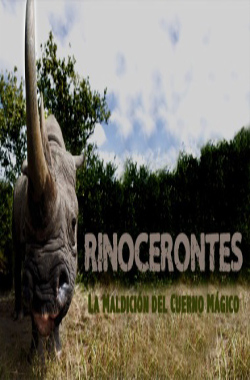 Rhinoceroses, the curse of the magic horn

Through three different stories we will get to know the variety, habits and threats of all species of rhinoceroses that still live on the planet. We will meet a young black rhino chosen to repopulate a territory in Kenya where poachers have made its entire species disappear. In India, a rhino is facing a more limited world day by day, sharing their habitat with huge animals as the elephants or as dangerous as the tigers. Finally, we will get deep in the jungles of Borneo to follow the traces of the most scarce and elusive of all, a Sumatran rhino, desperately seeking a mate in the jungle where those animals are becoming a yearning memory.
In this documentary we will know the five living species of Rhinos that still inhabit the planet: the White, the Black, the Indian, the Javanese and the Sumatran rhinoceroses.